Hello! I'm Louie and being in lockdown, I have been so utterly bored that I thought starting a blog would be a good idea to assuage the boredom.

Disclaimer: This is mostly a tech blog around front end development, I may pepper it with inane musings and random side projects that have no consequence. You have been warned.

A little bit about me #

I'm currently a Senior Front End Software Engineer at Amigo Loans, living in Bournemouth and fascinated with front end development (Shocker!). I
graduated from Bournemouth Uni in 2012, and been in tech for about 5 years, working for a digital agency and now in the loans business.

I began with jQuery and AngularJS at the height of the front end framework boom, did a dissertation on the best framework to use (which I regret because there was no source material until a couple of years later 😭) and now solely work with React. I've dabbled with other frameworks on side projects so I can keep up with the front end maelstrom so I have a decent knowledge of Vue, Angular, Svelte and those old timers like Backbone and Knockout.

I also have a passion for websites that are beautifully designed. I started out as a designer-ish (only a year), having made the mistake of thinking that 'drag + drop' websites were how you made websites. Thanks Moonfruit and Dreamweaver. I was introduced to the concept of web design when I religiously played Neopets creating my store front and there was a fad around 2005 when you could make your own chaotic website using Piczo. Anyway, after Uni taught me that you actually have to write code to make websites, I moved towards JavaScript, HTML and CSS.

In terms of back end development, I've mostly worked with C# at all the companies I've worked at and currently playing about with the viability of Blazor. So there may be some posts appear about that, stay tuned for that!

To save you the time of checking whether this blog will be useful, here are the things that I'm currently working or have interest in:

Open source all the things #

With so many developers contributing their free time to open source, and having used so many of these projects, I felt compelled to also open source some of the projects I've worked on.

One of the motivations for starting the blog was to also detail some of my partial side projects that haven't seen the light of day. I think these will be quite helpful as tutorials as they provide use cases for using and combining APIs to produce something pointless but fun to make!

It's not all about code #

When I'm not coding, I've got a couple of interests that I've tried to ensure are as far away from tech as possible to prevent burnout (also, just to clarify, I'm not going through a midlife crisis):

Thank you for reading this introductory piece... I know it's not much but it's kicked off the blog. If you have any questions, feel free to contact me on twitter.

A blog post always needs to end on a quote 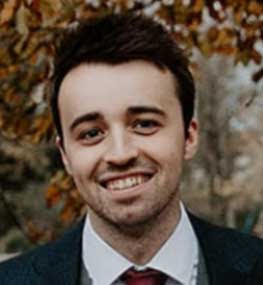